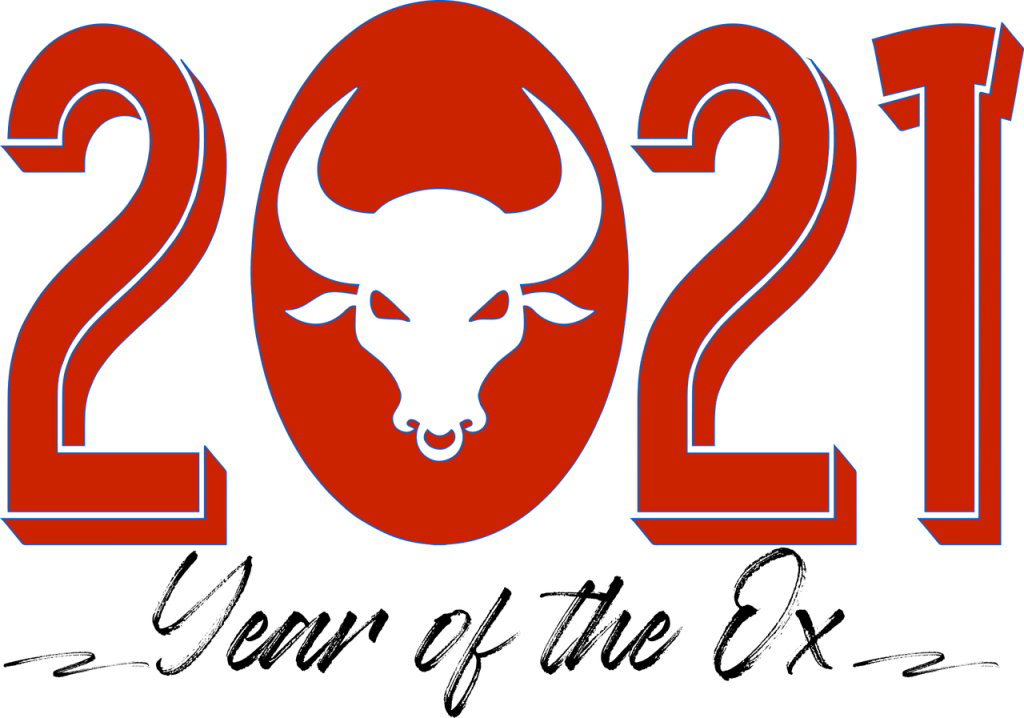 Chinese New Year is a traditional holiday in China.  It begins on the last day of the month in the Chinese calendar, Chinese New Year’s Eve, and ends on the fifteenth day of the first month which is marked by the Lantern Festival. This makes it the longest festival in the Chinese calendar.  The date changes from year to year because it follows an ancient farmer calendar which is based on phases of the moon.

In Chinese tradition, twelve animals represent each year. These animals are:

Chinese New Year 2021, will be the Year of the Ox.  The Ox represents diligence, persistence and honesty.  Lucky numbers for those born in the Year of the Ox are one and four; lucky flowers are peach blossoms and tulips; and lucky colours are white, yellow and green.  Other Years of the Ox include: 1961, 1973, 1985, 1997 and 2009.

Some facts about Chinese New Year include: