Dinosaurs – our theme for August 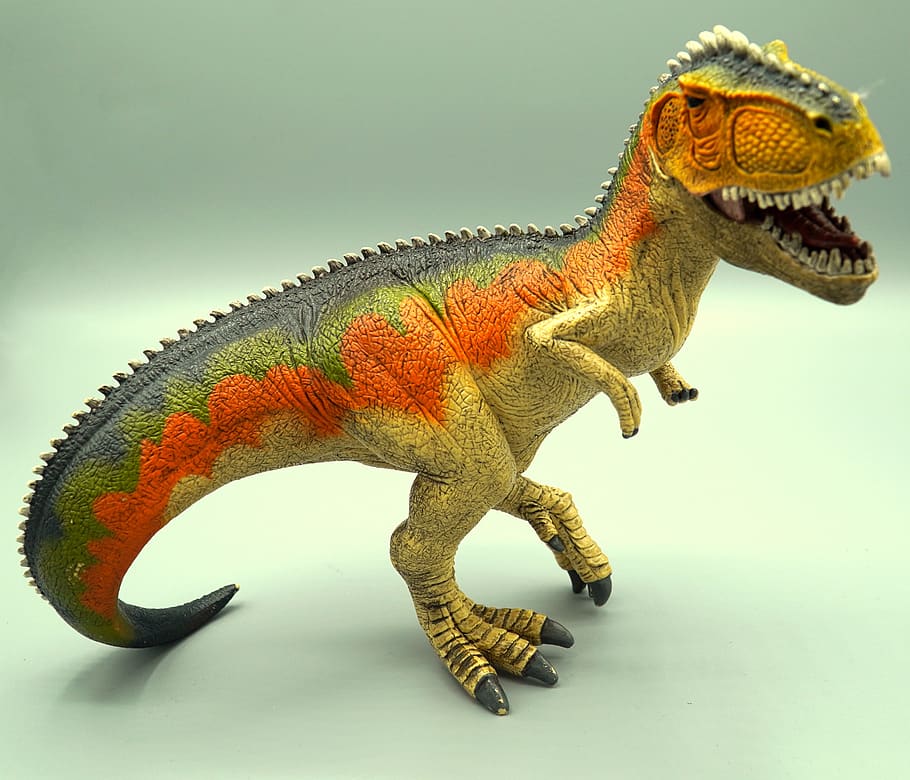 Every month we set a theme for the Nurseries.  August’s theme is dinosaurs.

We will discuss with the children that dinosaurs were the main animals on Earth for more than 150 million years.  The word dinosaur comes from Greek words which mean “terrible lizard”  Some of them were the largest and scariest creatures that ever walked on land.  The last dinosaurs became extinct about 65.5 million years ago.

Dinosaur fossils were first discovered in the early 1800s. Fossils are remains or impressions of a plant or animal that have been preserved in rock.  From studying these fossils, scientists know that dinosaurs were the ancient cousins of crocodiles, snakes, and lizards.

Activities that you may like to do at home to support our theme, include: pretending to be a dinosaur; as well as drawing and colouring in dinosaurs.  You may like to download our tyrannosaurus to colour in.  The tyrannosaurus was a carnivore with a powerful jaw and small claw-like front legs.