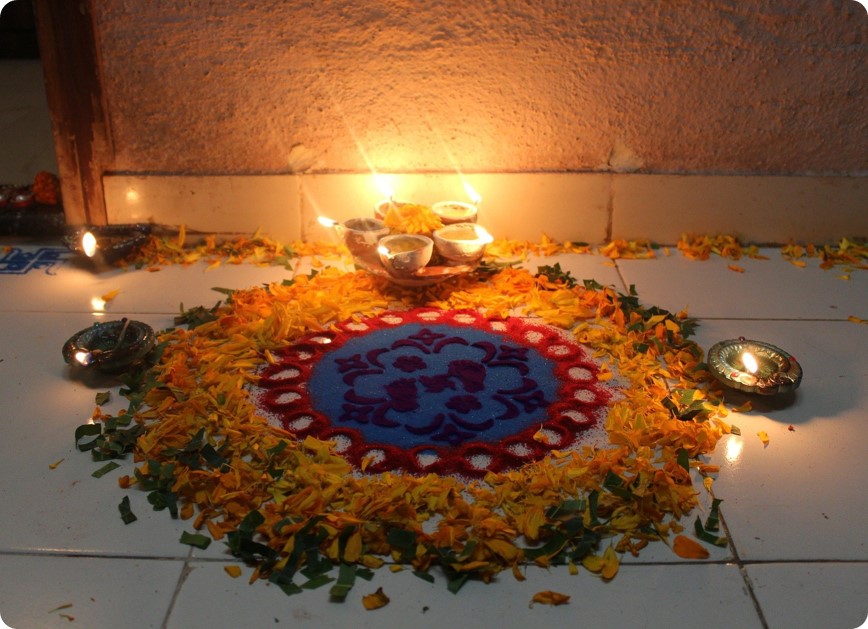 The children and staff at Honeybear Nursery celebrates Diwali, which this year takes place on 14th November 2020.

Diwali, or the Festival of Lights, is often celebrated by Hindus and Sikhs, although other religions may celebrate it too.  It is celebrated in October or November every year.

The Hindus celebrate Diwali to honour Lakshmi, the goddess of wealth.  Lamps are lit to help Lakshmi find her way into people’s homes.  They also celebrate a Hindu Diwali legend – the story of the return of Rama and Sita to Rama’s kingdom after fourteen years of living away from their home.

The Festival is a time for:

In India, Hindus leave the windows and doors of their houses open so that Lakshmi can come in.  Rangoli are drawn on the floors of Hindu houses.  Rangoli are patterns and the most popular subject is the lotus flower.  The patterns are made using coloured rice, sand, flowers or paint.

Click here for instructions for making a diva lamp, and for rangoli patterns.